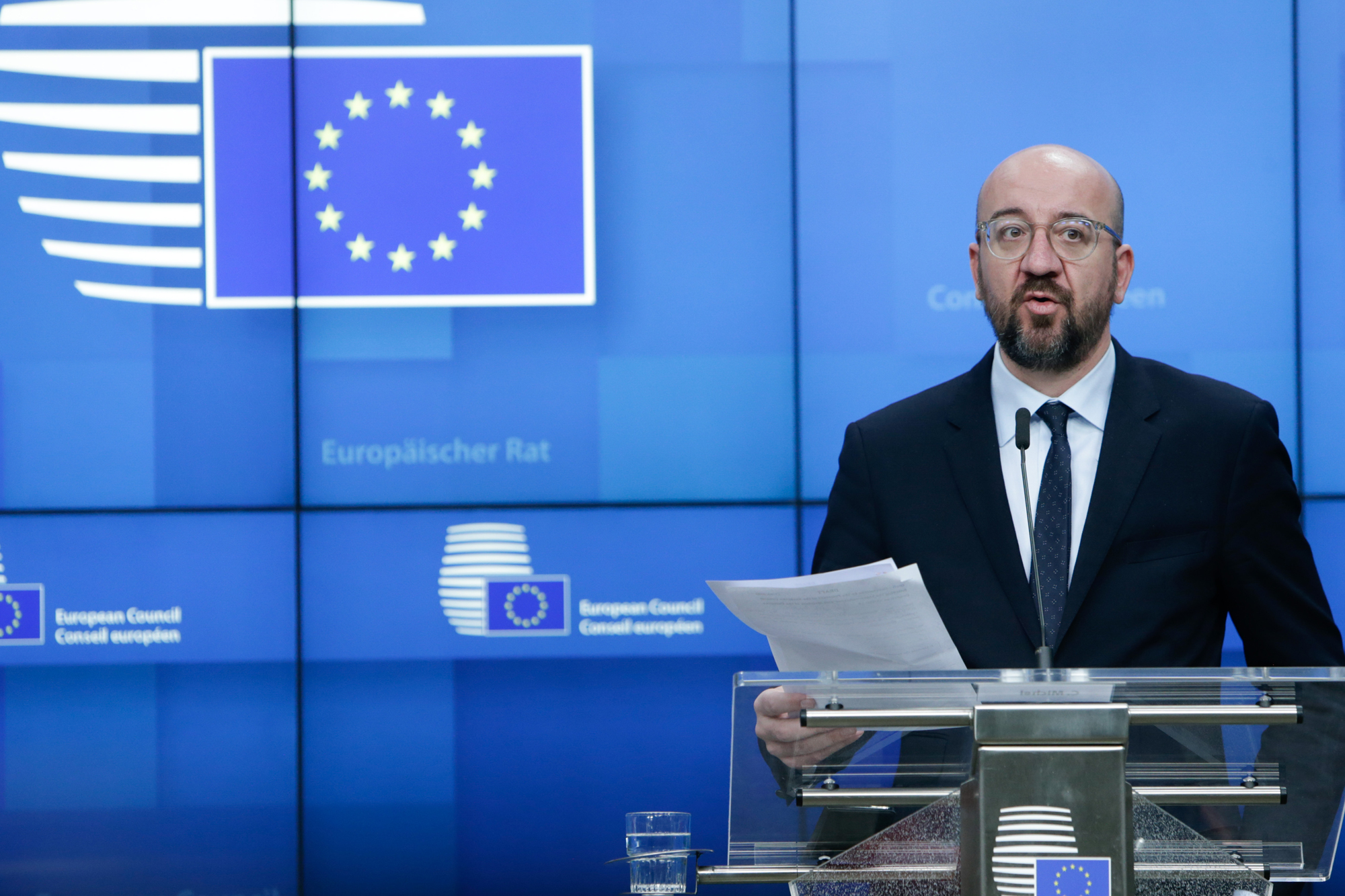 The business of EU government is being transformed by the coronavirus crisis.

The need for speedy decisions and remote working are forcing the EU to modernize its antiquated decision-making processes, and officials predict this moment may one day be seen as a breakthrough in how Brussels makes its most important decisions.

EU ambassadors on Wednesday are expected to adopt temporary new rules for Council of the European Union meetings where diplomats or ministers can’t attend in person because of quarantine or social distancing measures to fight the pandemic.

And several members of the European Parliament are pushing leaders to create the capability for a virtual plenary, using electronic “tokens” to verify the identities of MEPs during votes and other software for electronically signing amendments.

All governments face logistical obstacles in a pandemic but the challenges are especially acute in Brussels where key actors in the co-legislative bodies — the Council and the Parliament — must travel from out of town to attend meetings and cast votes.

The question of being physically present is especially sensitive for the Parliament, given the longstanding feud not just over the requirement of MEPs to vote in person, but for the entire body to travel to Strasbourg to hold its monthly plenary sessions.

How to keep the EU functioning and able to take decisions without officials being in the same room has taken on new urgency as national leaders decided Tuesday to replace their regular March summit next week with a videoconference.

While the Council has ways to take decisions remotely, by so-called written procedure, the process can be cumbersome and time-consuming. Leaders needed several days last fall, for example, to extend the U.K.’s Brexit deadline to January 31 from October 31 without forcing all heads of state and government to travel to Brussels for a summit.

But the problem is not just a matter of summits at the highest level of heads of state and government. Under current rules, a minimum number of EU officials and national ministers are also required to be physically present simply to hold meetings of the Council’s various other formations, which deal with policy issues from foreign affairs and finance to agriculture and the environment.

In a draft document seen by POLITICO that ambassadors will discuss Wednesday, the Council has set out new rules lowering the number of officials required to attend Council meetings in person given that the coronavirus pandemic  “makes it difficult to reach the quorum required” to take decisions — a departure from the regular Rules of Procedure.

Still, the physical presence of some officials, particularly those representing the presidency of the Council of the EU and the general secretariat, will be required for the meeting to be considered valid. The document states that formal meetings “cannot take place with all participants participating through videoconferencing.”

And for now, at least, the rules will be temporary. But some officials said they believed it was inevitable that the possibility of virtual attendance would become permanent — an acceptance of the new digital reality even if there is no pandemic.

“This derogation should apply for a duration of one month, renewable,” the document states.

Already, the limits of virtual meetings have been clear in recent days. European Council President Charles Michel has organized two videoconferences of heads of state and government since the coronavirus outbreak, and while leaders agreed to take several steps, Michel had to issue “president’s conclusions” after each session because leaders must be present to issue formal European Council conclusions.

The question of virtual meetings and remote voting has consumed EU diplomats in recent days as the scope of the coronavirus crisis, and the emergency response to it, raised the possibility that quarantine measures would continue for weeks or months.

“Many member states think that we need to keep a physical presence in order to avoid the impression that the EU is shutting down,” said one diplomat, who disagreed with that more traditional view.

“I believe in the moment when Europe is declared the center of the pandemic it would be better to do everything in video conference,” the diplomat said. “In a moment like this, I’m not sure citizens’ priority is to see whether ministers meet physically or not, and at least we would send the message that we take this threat seriously.”

Without a change to modernize the rules, the diplomat said, “We run the risk that at the end we are not able to take decisions.”

In the Parliament, a trio of MEPs — Pascal Durand, from the centrist Renew Europe Group, Daniel Freund of the Greens and Helmut Scholz from the far-left GUE party — wrote a letter to leaders urging changes to allow virtual plenary sessions.

They wrote that “software used to sign amendments electronically could be adapted” to a plenary vote. The letter, sent on Tuesday to Antonio Tajani, chairman of the Parliament’s Constitutional Affairs Committee, said that electronic tokens already issued to MEPs could be used to verify identities in casting votes remotely.

The disruption from coronavirus has been especially difficult for the Parliament, which has 705 members, given that medical experts called for banning large gatherings.

In recent weeks, Parliament President David Sassoli has taken several emergency steps, including temporarily canceling some voting, sending staff home to telework, and scrapping the April plenary session in Strasbourg in favor of a mini-session in Brussels.

With many EU countries in various states of lockdown, and air travel severely reduced with widespread flight cancellations, it is likely that many MEPs will not get to Brussels for that mini-session on April 1 — if it takes place at all.

But Parliament officials say it is important the Parliament continues to meet and function during the crisis.

The Parliament is planning to vote on a batch of coronavirus measures, including the European Commission’s plan to put forward a plan to free up €8 billion of unused regional development cash for member countries.

In addition, The EU treaties stipulate that the Parliament should hold 12 plenary sessions every year.

“We believe that even in exceptional cases, we have the duty to ensure legal clarity and to respect the democratic standards of the House,” the three MEPs wrote in the letter to Tajani. The letter suggested that the chair of the plenary “could communicate to all MEPs via telephone conference and live stream when votes are opened and closed.”

Officials in the Parliament’s legal services have been scratching their heads to find alternative voting systems which would ensure that MEPs vote simultaneously, confidentially, securely and in sequence.

In the meantime, the Parliament is expected to maintain committee meetings next week. Those involve fewer MEPs than a plenary session, although the numbers involved can still be substantial. A European Parliament committee consists of between 25 and 81 MEPs, and also requires aides and other support staff to function.

In the letter, the three MEPs wrote that on urgent committee votes, “it could be considered to take decisions and votes by sending voting lists by email to the secretariat while results would be verified in a second step by a telephone call.”

Officials have also been working to find other ways to streamline the legislative process.

On Tuesday, French MEP Younous Omarjee, in agreement with the Parliament’s political coordinators, triggered a process that would allow the Commission’s proposal on emergency money for coronavirus to move forward without amendments directly to the plenary, where it would be given priority over other items on the agenda and voted on following a shortened debate period.